Phil Donkin and more in Sheffield 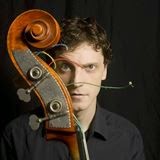 Notice of an excellent band due at the Sheffield Jazz gig at Millennium Hall on Friday 6th March, featuring his new CD “The Gate” Phil Donkin: bass; Ben Wendel: sax; Glenn Zaleski: piano; James Maddren: drums Phil Donkin’s quartet features on sax and piano two of the most exciting players on the current New York scene. A mainstay of British jazz for many years, he recently lived in NYC and worked alongside a large catalogue of New York’s finest, before returning to an international career in Europe. www.phildonkin.com

Sunderland native Phil Donkin is one of the most in-demand bassists in the world, and is embarking on his first UK tour as a bandleader promoting the release of 'The Gate,' his debut album for Whirlwind Recordings. This is a highly anticipated return to the UK with a very dynamic group featuring some of the most exciting talent in NYC.

'The Gate' is a work of extraordinary depth and maturity.   Bursting with wit and intelligence, the pieces are navigated expertly by the four members, displaying a complex array of textures. 'The Gate' is a powerful statement which both challenges and engages the listener.

“The live gigs with the launch tour coming up in March should be quite a show” London Jazz News
http://www.londonjazznews.com/2015/01/cd-review-phil-donkin-gate.html