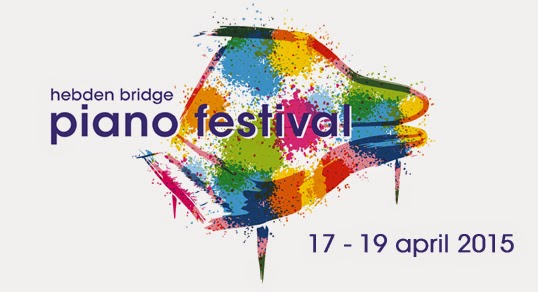 The first Hebden Bridge Piano Festival took place in April 2013 in the newly built Hebden Bridge Town Hall. It was so well received by both audiences and participants that that we immediately set about planning the 2014 event

The current 2015 festival runs from April 17-19th. Although our main focus is on Classical music, we will always present other forms too. In 2014 we were proud to welcome the extraordinary jazz pianist Gwilym Simcock, who added to the magic of his captivating performance by bringing on two of the BBC Young Jazz Musician finalists to join him for his encore.

Early evening, informal performances in the Town Hall’s café have included blues, jazz, and boogie-woogie. In 2013, the weather was good enough for us to have a piano on the riverside terrace outside the café and for several hours anyone who wanted to could play. Apparently delightful piano music could be heard from as far away as the hillsides surrounding our town.

Zoe Rahman has firmly established herself as one of the brightest stars on the contemporary jazz scene. A vibrant and highly individual pianist/ composer, her style is deeply rooted in jazz yet it reflects her classical background, British/Bengali heritage and her very broad musical taste. Known for her powerful technique, wide-ranging imagination and exuberant playing