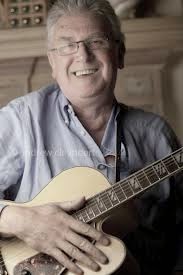 A jazz guitar festival, the first of its kind in Huddersfield and with headline acts from some of the top names in the genre, is coming to the town this summer.

Organised by Huddersfield Jazz Guitar Society, which was founded just three years ago by a group of enthusiasts, the July festival has a line-up that includes Jim Mullen, and John Etheridge.
The two headliners will be joined by other nationally and internationally-known players as well as homegrown talent, including Remi Harris, Trefor Owen and Sam Dunn.

Darren Dutson Bromley, one of the four founders of the society – along with Adrian Ingham, Ian Wroe and Martin Chung – says the festival will celebrate a musical genre that is growing in popularity. The society has built up a membership of over 100 in a relatively short time and regularly attracts 40 or more guitarists (and the occasional jazz singer) to the monthly meetings, workshops and concerts.

He added: “There is a thriving music community in Huddersfield but there was nothing for jazz guitarists. Ours is the only society in this part of the country. The workshops are for people to come along and play and critique each other. We put together a monthly number so that members can build their repertoire. We cover a mixed ability and have people who have just started out and those who are more accomplished and want to move into jazz and improvisation in order to stretch themselves.”

The society meets on the first Tuesday in the month in the Rat and Ratchet pub on Chapel Hill and has chosen this venue for the festival, which will take place on July 11 and 12.

“Ideally, we’d like to have multiple venues,” says Darren, “but we’re all doing this as volunteers and we have limited funds. We would definitely like some help, if anyone would like to support or sponsor us. At the moment we have a Facebook page but we haven’t got a website yet so it would be great if someone could help with that.”

In the run-up to the event the society will continue to welcome guest musicians to the monthly meetings. Appearing at the next get-together, on Tuesday, April 7, will be Shaun Ward, a session musician with Simply Red who played on the band’s Stars album. Darren met Shaun while jamming with him at a session in Sheffield and asked if he would play for the society. The event begins at 8.30pm.

Jazz Guitar Society membership at the moment is male-dominated and the group would like more female musicians and singers to join.

“There are some absolutely brilliant women in jazz guitar and jazz singing and we’d love for them to come along,” says Darren.