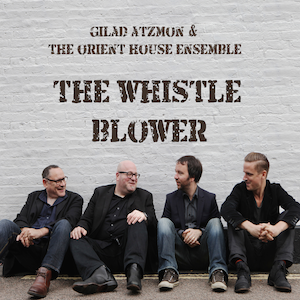 In earlier post listed the Orient House concert on Thus 5 March in Manchester at the Royal Northern College of Music. The College have now issued this notice cancelling the concert:

"Over the past few days the RNCM has received a significant amount of negative correspondence relating to the booking of Gilad Atzmon and the Orient House Ensemble on Thursday 5 March.

After careful consideration, and to ensure the safety of all involved, the RNCM decided to withdraw the concert. This decision was taken and actioned prior to the launch of an associated petition and in no way reflects any political view of the College. We apologise for any inconvenience caused"

This is one comment is from saxman John Dyson

"Disgusted with the RNCM re the Gilad Atzmon gig. What kind of message are they sending out to the world, never mind their own students, about the censorship of an artist's freedom of expression? We expect this kind of behaviour in a dictatorship, and rightly condemn it. We do not expect to see this in a democratic state. They should be thoroughly ashamed of this decision which I suspect is more to do with their funding streams than the safety of Gilad's band. The safety of the public is none of their business anyway. That is a police matter. If the gig has artistic merit, and it certainly has in this case, it should go ahead."