Alan and Phil in Southport 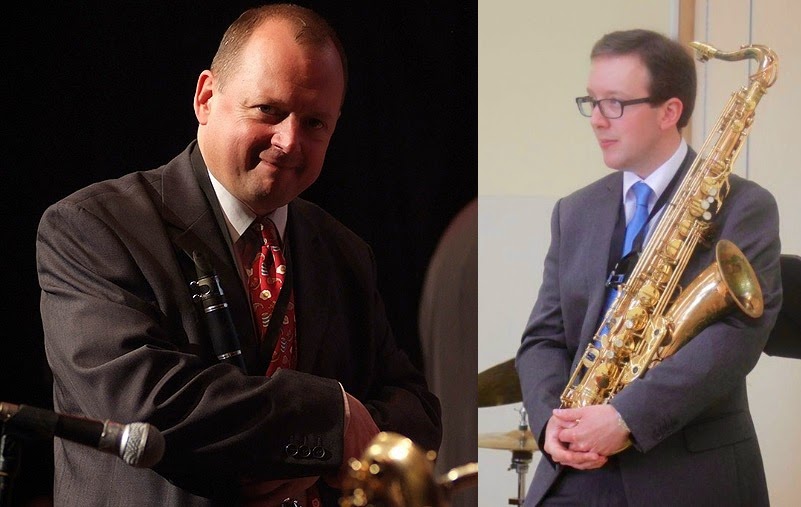 On SUNDAY 22nd March at 2.00 pm we are putting on a matinée - “The Duke and his friends” with Alan Barnes guests with Swingshift Big Band

Duke Ellington was reputedly a ‘workaholic’.     Always touring, he wrote snippets of new music in planes, trains, airports and even in the back of his chauffeur driven car - for enhancement by his musicians . He absorbed himself in improvisation and composition and relished handing out part formed musical ideas during rehearsals to create feedback from his band. He employed some of the most creative musicians of the period who effectively became his collaborators. Harry Carney, Johnny Hodges, ‘Bubber’ Miley, Barney Biggard and Juan Tizol to mention just a few. His most trusted and prolific partner in the creative art was Billy Strayhorn. We are delighted to welcome reedsman extraordinaire Alan Barnes to guest  with our resident Swingshift. He will join MD Phil Shotton in a look at the Ellingtonia catalogue to see if they can find some of the answers to “who wrote what?”