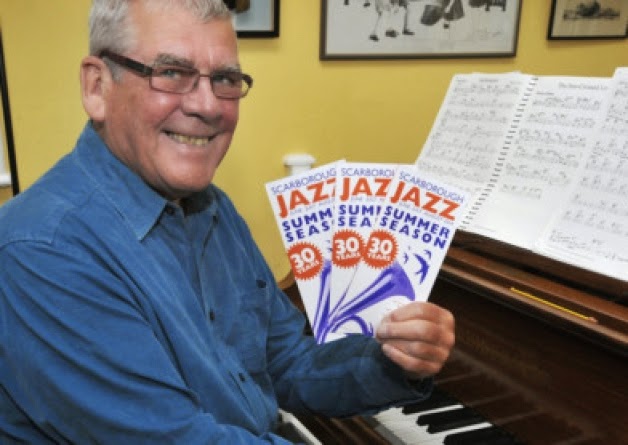 Nice to see a couple of people from the Northern Jazz Scene - nominated awards for the Parliamentary Jazz awards 2015. Scarborough Jazz Festival's (and NorvolJazz member) Mike Gordon is put forward for "Services to Jazz" award- well done Mike- also Manchester (and ex Leeds College of Music) saxman Phil Meadows is up for for his Engines Orchestra as Jazz Ensemble of the year . Manchester Jazz Festival is also in there for a possible award as "Venue of the Year".  Let's hope they win!

Following the online public vote for the Awards via the Jazz Services website, the shortlist was then voted upon by the Selection Panel who represent a broad cross-section of backgrounds united in their love and knowledge of jazz. The winners are chosen by judging members of APPJAG in Parliament and will be announced at the awards ceremony which will take place at the House of Commons, Terrace Pavilion on Tuesday 10 March.

**APPJAG currently has over 100 members from the House of Commons and House of Lords across all political parties. Their aim is to encourage wider and deeper enjoyment of jazz, to increase Parliamentarians’ understanding of the jazz industry and issues surrounding it, to promote jazz as a musical form and to raise its profile inside and outside Parliament.  The Group’s officers are Co-Chairs Michael Connarty MP and Lord Colwyn, Secretary, Baroness Coussins and Vice Chair Kelvin Hopkins MP.