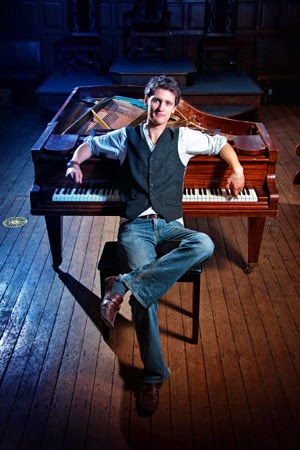 Thursday 5th Sue Barron Jazz Quintet
Sue Barron is a local singer who has been performing with her band of excellent musicians in the North West and beyond for a number of years. They have performed at the Cinnamon Club many times. The repertoire is a mixture of Jazz Standards, some lively latin numbers, some familiar more contemporary songs and beautiful ballads.

Friday 6th  The Magic Beans
The Magic Beans are a band with an ear for a quirky cover and have the imagination to take it in a completely new direction. Also incorporated into the mix are some rootsy originals that draw influence from folk, jazz & world music traditions. Uli Elbracht & Matt Owens are self-effacing accompanists: they provide minimal velvet for the jewel of Zoe Kyoti’s voice, which is magical in its smoothness, nuance and tenderness. They have performed throughout the UK with appearances including The Manchester Jazz Festival, Rainow Jazz Festival & Zeffirellis Ambleside.

Saturday 7th Theo Jackson Quartet
While his heart belongs to jazz, Theo Jackson’s soul lies in music which has the ability to cross boundaries and genres, appealing to a wide audience. A storyteller by nature, many of his songs are observations of people from his home-town of London.

Newly signed to US label Dot Time Records, this engaging and charismatic British jazz songwriter will be releasing his first album in April 2015. "Shoeless and the Girl" features 10 original songs, ranging in approach from jazz arrangements to solo piano and voice.  The album will also feature an adaptation of Wayne Shorter's 'Footprints'.

Friday 27th Mike Walker & Stuart McCallum
Two of Manchester’s finest guitarists get together for a gig that will be a joy for all their fans. Differing styles “mesh intuitively” says Mike Butler who has followed these musicians for years.

“Anything McCallum can achieve by synthetic means, Walker can replicate with nylon and blood. McCallum proposes chilled-out bliss; Walker offers sublimated yearning. Well, don’t say synthetic; say rather electro-acoustic, which fits the music to a tee. Other pairs of opposites spring to mind: bitter-sweet, yin-yang, introspective, and, well, introspective. Anything but aggressive” Mike Butler

Saturday 28th Mads MathiasAlready somewhat of a star in his native Denmark, Mads Mathias is a vocalist/songwriter and saxophonist, who has captured the hearts of music lovers with his charismatic performances, spirited personality and entrancing original songs with the feel of timeless swing-era classics.