Frosty Christmas as The Central 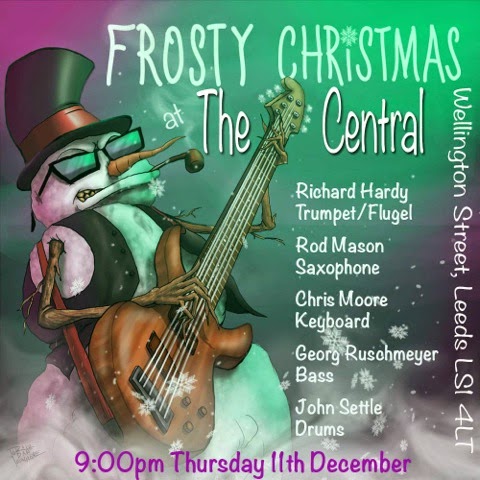 Dear Jazz at The Central supporter

A quick reminder for this week's line-up. That's this Thursday 11th December. Then, an easy one to remember, we will be re-starting jazz at The Central 2015 just four weeks later i.e. Thursday 8th January 2015.

For next year, we have already managed to line up two Jazz nights with two separate bands, both which have appeared several times in the national Jazz Reviews, real top notch bands making a mark on the British Jazz circuit. More details to follow. The Central (on Wellington Street, Leeds) is possibly one of few Jazz venues in the region where it is being run in the style of a Jazz Club with different bands being organised for each fortnight yet with free admission, so please do support this new Jazz venue and keep spreading the work.

Look forward to seeing you for our last Jazz night of 2014.