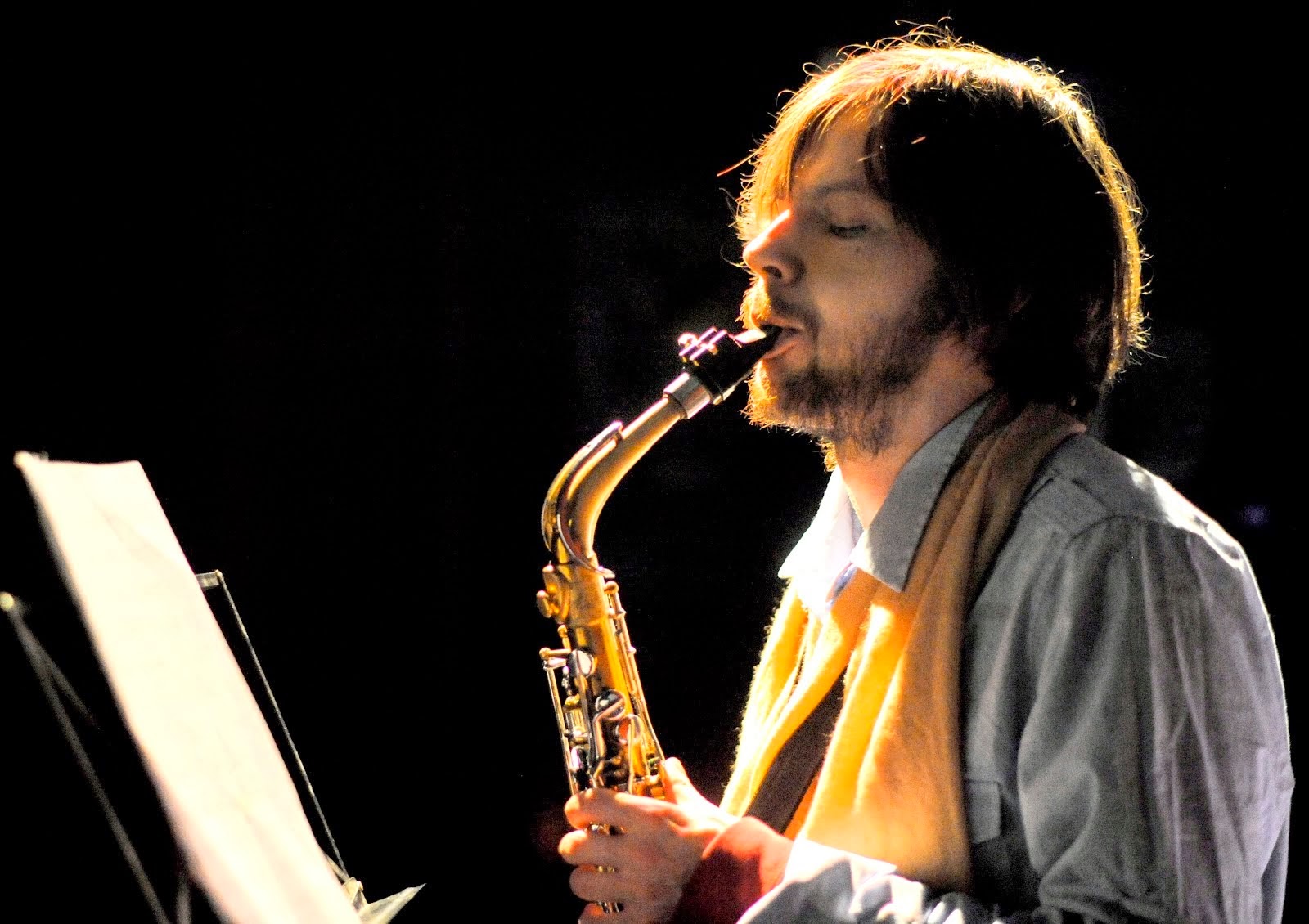 Nick Svark writes - just one more gig I'm promoting for Jazz Jam @ The Sela Bar Leeds in November - but what a gig!

A unique opportunity to see this one off Leeds gig from these world class players on their European Tour and after they play two dates for London Jazz Festival.Today they will play original music from the first album "Smiling Organizm Vol 1" as well as new music from upcoming album "Robin Goodie" which will be released early 2015.

"The magic of jazz is that no concert is the same. Tonight, everything fell into place and we could witness a band with a fantastic line - up, which reached a level of ecstasy that is rarely heard. Unforgettable!
-Radio Mousique, Netherlands

“Sandwiched between visits to Switzerland and Spain, their one-nighter at a sold-out Ronnie Scott’s was electrifying. Moscow Nights…marked the end of a heady helter skelter gig by a restless, probing band that is unlikely ever to take an obvious direction.”
-London Jazz News

Zhenya Strigalev "has his own restless and creative style of saxophone playing and composing…that may be summarized in his own words "an unlimited source of pleasure dedicated to jazz ..."
-Faschings Vanner, Stockholm

Get your Tickets from -we got Tickets only £10, buy on the door for £13 or email-Nicksvarc@yahoo.com to reserve your Ticket .
http://www.wegottickets.com/event/292017