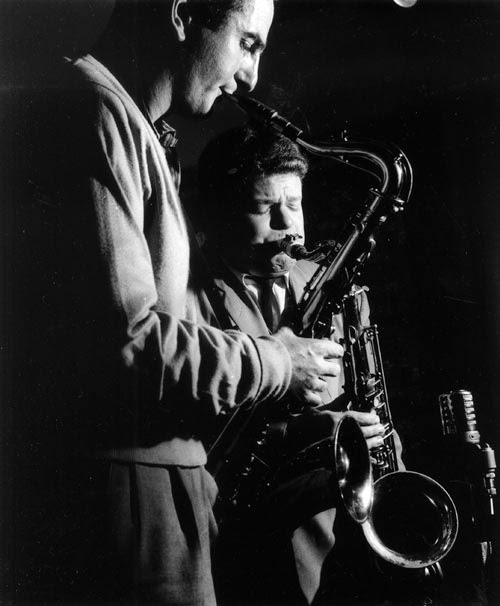 Leeds born photographer Terry Cryer has taken many fantastic photos of jazz and bluesmen (and just about everything else!) over the years.

An article about Terry and his life is in this month's "The City Talking" by Paul Jobson http://thecitytalking.com/content/2014/10/13/terry-cryer-i-broke-the-rules-because-it-was-a-lot-more-exciting-than-following-them

You can see many of his music photos and historic pictures from 1950's Burmantofts and Chapeltown on the Leodis photographic history site http://www.leodis.net/.  - including the one above of the Jazz Couriers at Studio 20 - the Leeds jazz venue run by tuba player Bob Barclay