Three gigs on the trot for Ben... 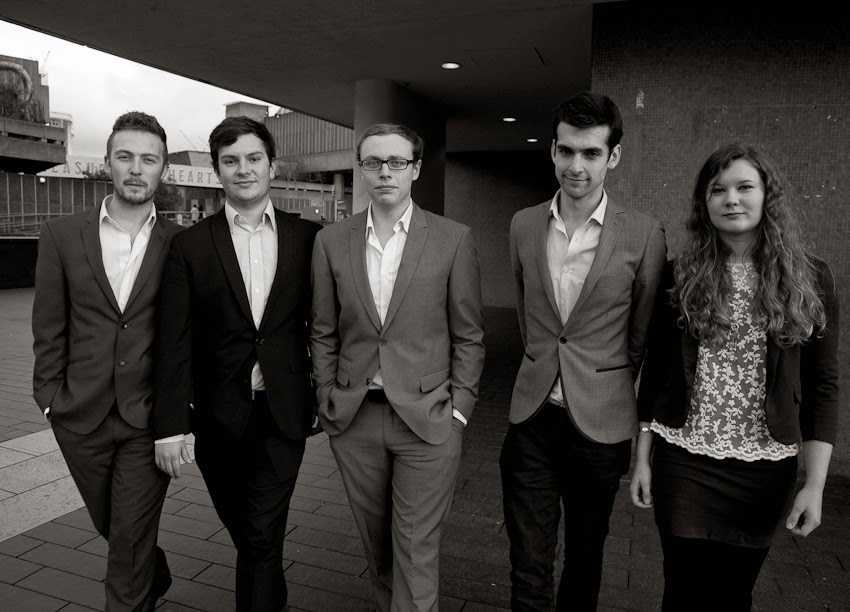 The Ben Cox Band
This exciting young band are set to tour in 2014 with their new album "This Waiting Game" to be produced by Ian Shaw. All five are steeped in jazz history, but they write their own songs too. Influences range from Joni Mitchell, Paul Simon to James Taylor, but you'll also get some great American Songbook. Fronted by the sensational Ben Cox, whose voice takes in the cool stylings of Chet Baker and mixes it with the soulful, mellow tones of a modern jazz singer. Sassy and slick with great arrangements and beautiful songs mark out this vocal lead jazz group.

As a jazz promoter at The Cinnamon Club for the last 11 years, I am constantly amazed by the young talent coming through but when I saw Ben Cox for the first time in 2013, I was absolutely stunned - an outstanding British male jazz vocalist, and still only 21. Ask Geoff Matthews, he was at the same gig. Anyway, I have agreed to help them out and the now have 3 gigs in May in the North.

As a special treat Alexander Bone is guest on the 1st 2 gigs, he has just won BBC Young Jazz Musician of the year 2014

So the Northern connections are very strong, especially with Jamie Safiruddin on piano and Adam Chatterton on trumpet.