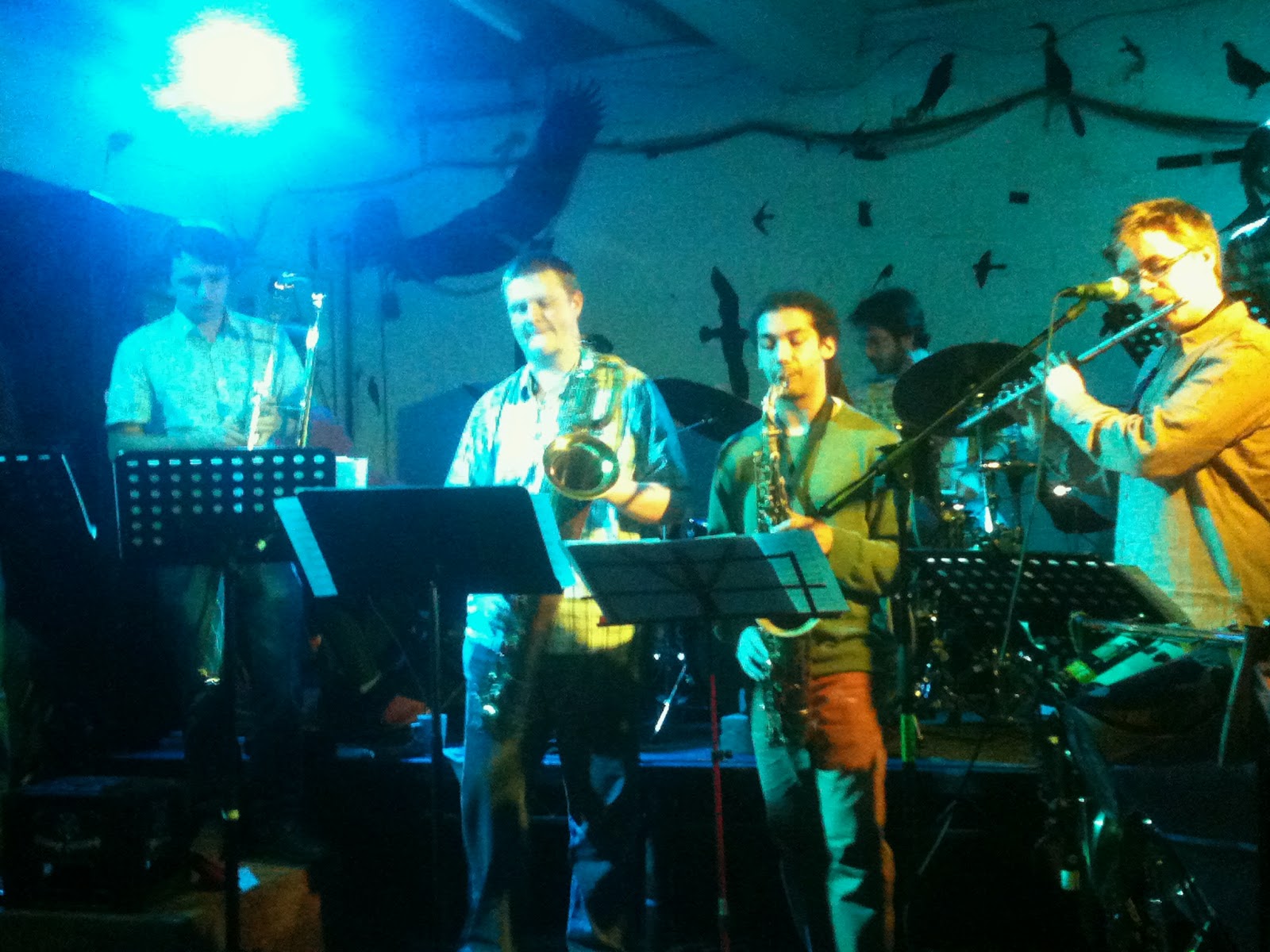 Composer Ozzy Moysey predominantly writes jazz compositions but loves to listen (and write) in many musical styles. He studies Jazz Composition at Leeds College of Music - at least until the end of May.

"Bijou" as his Big Band is called he explained means "small or elegant"  but for a band of only eleven musicians they didn't half sound huge. Ozzy was on percussion – not your normal kit but one he made out of a tennis ball tubes, pickled onion jars, toilet brush handles and saucepans plus assorted paint tins and bells - while also conducting the band.

His compositions were lovely. There is a debt to Mingus - “Something for Mingus” was a respectful new take on the great man's compositional legacy (Ozzy received an email from Charles Mingus's wife Sue Mingus thanking him for this one), "Espionage" was fast and furious, the slightly surreal “You can swing a cat in here” and even more surreal “Open up it’s the police" - with the band swaying from side to side making siren noises - were both delightful The band swung like crazy - the rhythm section of Matt McGraw drums, Sam Quintana  and Ashley Henry on keys drove it along – despite a piano stand collapse halfway through one number. AJ Nash's flute and Luke Ledger's sax playing were out of the top drawer though it seems unfair to pick anyone out from the band, they were all so good.

The evening continued it’s happy, bizarre path – organiser Declan Forde, soon to go to Berlin adjudicated on the world’s oddest jazz raffle. There is to be a sauna here at the final May gig apparently. Earlier there had been a lovely duo set from saxman  Ashley Henry on piano and Luke Ledger on tenor. This jazz year has been a good one at Leeds College of Music – and watch out for Ozzy Moysey!