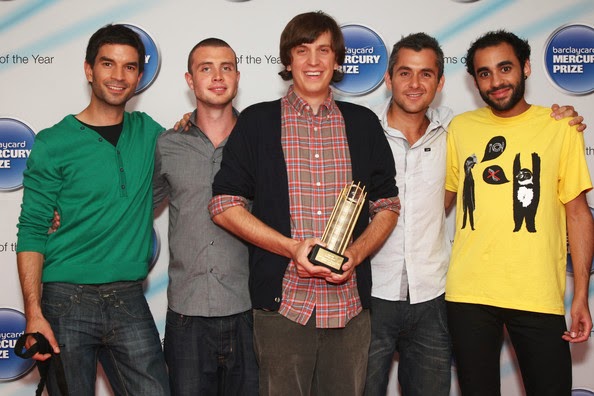 Led Bib come play two more dates in the North in their current tour following on from their successful gig for Sheffield Jazz at the Millenium Hall on Friday.
They play Fusebox @ The Fox and Newt, Leeds on Sunday 27 April (with support from Silence Blossoms) and then Freedom Principle @ Dulcimer, Manchester (with support from Apes Grapes) on Tuesday 29th April.

Led Bib was formed in 2003 by drummer/composer Mark Holub and played its first gig on February 24th, 2004. The group released their first album in May 2005 to widespread critical praise and went on to win the 2005 Peter Whittingham Jazz Award. Their second album Sizewell Tea was released in 2007 through iconic London based record label Babel. It was quickly followed by a limited edition live release, but it was the release of their 4th album "Sensible Shoes" that saw them experience widespread acclaim following the announcement that they were chosen as an Album of the Year in the Barclaycard Mercury Prize. The ensuing media storm saw them reach in excess of 20 million people as they performed on TV & Radio sessions including Channel 4 TV News with Jon Snow and playing live on BBC 2.