Durham gigs at the Gala 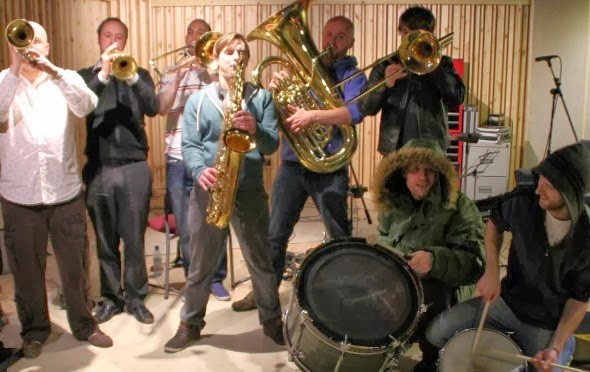 Here are the details for the Gala luncthime concerts up to July. All are 1-2pm in the Studio, tickets are £4 from the box office. These gigs have been exceptionally popular (the last two have sold out) so anyone interested is encouraged to get their tickets in advance to avoid disappointment.

The Swing City came together in 2007, with the aim of recreating the small group, swing style jazz typical of the New York clubs of the late 30s and 40s. You can expect the music of Gershwin, Berlin, Cole Porter and other great songsmiths of the sophisticated 1930s era performed by Steve Andrews (Saxophone) Roly Veitch (Guitart) and Neil Harland (Bass).

Talented Saxophonist and Flautist Sue Ferris has performed in numerous groups in the North East and beyond. Her quartet featuring Neil Harland (bass) Rob Walker  (drums) and Paul Edis play swinging straight ahead jazz rooted in the music of the 'Great American Songbook'.

Led by a ‘brilliant young pianist’ (Alyn Shipton, The Guardian) the Paul Edis Sextet is steeped in the straight-ahead tradition, but with an original and contemporary edge. Their
debut album There Will Be Time was voted 3rd best album of 2012 (Alyn Shipton, Jazzwise). With some intricate arrangements, solid grooves and exquisite melodies, this group has wowed audiences and critics alike with their performances to date.

Formed at the beginning of 2009, the band formerly known as Horn Dogs are a deeply funky collective of some of the finest drum and brass players in the North East of England.
Led by trumpeter Graham Hardy, the NMBB were initally inspired by Rebirth Brass Band, Dirty Dozen Brass Band, Youngblood Brass Band to name a few (as well as that bit at the beginning of Live And Let Die). They have rapidly earned a reputation for lively, energetic shows featuring well known covers in a way you've never heard them, classics of the genre and original music written specifically for the band. Whether they're busking on the street, playing at festivals or an intimate bar gig, Northern Monkey Brass Band show you a good time.