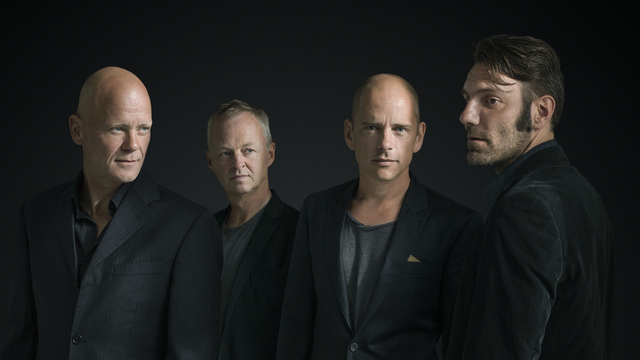 We’re delighted to welcome Tord Gustavsen back to the RNCM to showcase his new ECM release Extended Circle. This time playing in a quartet format, Tord’s new material is pointing forwards in musical openness and creativity, while at the same time clearly picking up the quietness and grounded sensuality of the hugely successful trio albums. It includes several pure trio pieces, and is embracing anew the almost minimalistic simplicity and striking Nordic-Caribbean-Gospel-Impressionist-Bluesy touch that so many people came to love in Gustavsen’s début album.

‘A trilogy [that] could be the most essential jazz document of the last ten years. Sublime.’ (The Independent).uk/performance/tord-gustavsen-ensemble/

The first RNCM Big Band show of 2014 features Grammy Award-winning composer, globe-trotting saxophonist and RNCM Fellow Tim Garland. Tim is the creative nucleus behind Lighthouse, Storms/Nocturnes and Acoustic Triangle but he first forged an international reputation working with Chick Corea and Bill Bruford and he is a core member of Chick’s latest band, The Vigil. Tonight’s gig features some of Corea’s recent big band arrangements as well as a celebration of Tim’s own writing skills as he fronts our Big Band for the evening. Expect some surprises, including a decidedly gospel twist ending!

Formed by Danish bass player Jasper Høiby in 2005, the energy and individuality of Phronesis comes from an extraordinary democracy of expression and intuitive empathy between the musicians – British pianist Ivo Neame and Swedish drummer Anton Eger come together with Høiby to create a propulsive groove-driven sound that is utterly accessible despite its underlying complexity.

Their vibrantly-titled new album Life to Everything will be released in April. Since the success of their fourth album Walking Dark two years ago, the trio have been on a meteoric rise, gaining acclaim from fans over two tours of the USA and Canada and a tour of Australia, whilst also rising to the forefront of the European club and festival scene.

With so much time spent on the road and a reputation for spellbinding roller-coaster live performances, it was only natural for the band to want to record their fifth album in front of a live audience; which they did over three sold-out shows ‘in the round’ at London’s ‘The Cockpit’ as part of the EFG London Jazz Festival in November 2013.

In Høiby’s words – ‘performing live has been the strength of this trio from the start – it sparks an extra focus, excitement and joy. As the album title suggests – it’s where everything comes to life’

‘One of the most exciting bands on the planet today’ (Jazzwise).