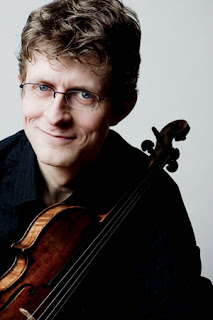 I`m a life long jazz fan (now just into my 80th year). In 1996 I discovered `Appleby` and went to each annual festival until it`s sad collapse in 2007. By that time I`d become reacquainted with two fellow fans whom I`d not seen for decades, and I met a great many other  fans. In addition I managed to overcome my crippling shyness and had conversations with a few of the musicians. The collapse deeply affected me. In the meantime our village institute, already with and excellent hall and stage, underwent a one million pound expansion etc, retaining original features. A little later a new chairman took over, a business woman, one Ann Shaw. One evening, over cups of tea, after a countryside society meeting, I whispered to her that  had this secret ambition to be a jazz promoter. To my great delight she yes, lets do it !

We began, in November 2009 with local, well regarded singer Sue Parish. Ninety four people came, many of them from the village, the place was in uproar. I`m not getting carried away: we do four gigs per year, occasionally five. At the outset I made my self two promises; I would not pursue any grant, and I`d only book top class musicians. Thus we`ve had Alan Barnes with David Newton; David  with Tim Kliphius, the Old Green River Band, Mike Lovell`s Six in a Bar, Geoff Eales Trio, Swing City Trio, Les Bull`s Festival Band (just before Les retired) etc When I first went to Appleby, to one of those Saturday night gigs in the market hall, I met Chris Coull with his band of young local boppers. We stayed in touch; each August, when Chris comes home from his music scene in Doha we get the original band together which includes  the amazing Dennis Freedman on piano. The other annual fixture is Sue Parish plus her fabulous trio, which includes Frank Grime, bass, and Paul Kilvington, piano.

Our first gig in 2014 is on Sat Feb 8th: Rachel`s Dream, Rachel on vibes, plus John Hallam, reeds; Tom Kincaid, piano, and Nigel Gresty, drums playing the music of the Benny Goodman Quartet.

In May it`s the Tim Kliphuis trio...postponed from last March when we had to cancel due to the trio being snow-bound in Dumfries !