North East's July Round Up 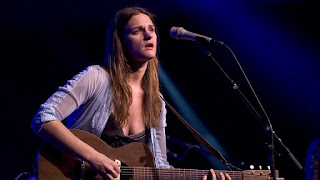 In July the main focus is on the Durham Brass Festival (July 12-21). The Gala Theatre stages two concerts - Mnozil Brass on Monday 15 and the following night it's the Gala Big Band's turn with Strictly Come BRASSing celebrating the music of the dance and swing band era. Countless other free admission brass encounters occur throughout County Durham, too many to mention, for details visit: www.brassfestival.co.uk

Smaller in scale but certainly not lacking in quality is the jazz stage at the Mouth of the Tyne Festival. Nestling alongside Tynemouth Priory, the outdoor setting boasts panoramic views across the North Sea. The weekend event (Sat 13 & 14) includes performances by Ruth Lambert, Zoë Gilby, Dave Rae's Levee Ramblers and Maureen Hall's Rendezvous Jazz. If the sun shines (of course it wil!) the event will take some beating.

Two contrasting Tyneside gigs on Monday 8th; Madeleine Peyroux is at Sage Gateshead, across the river at the Black Swan in Newcastle there is the first rate Belgian swing dance band Jake Walker.

Hoochie Coochie has pulled off a coup booking Brian Jackson (Friday 12), the man who co-wrote much of Gil Scott Heron's best work. Earlier in the day at the Lit & Phil guitarist Bradley Johnston, working with his quartet, presents a one hour performance beginning at one o'clock. Blaydon Jazz Club is fast approaching its 35th anniversary year (autumn promises a 'big name' guest) and in the run-up to the milestone the new duo of violinist John Garner and Paul Edis (Jul 21) play the music of Bill Evans together with some original pieces.

Durham Alumni Big Band gigs are few and far between but as and when the band gets together its worth making the effort. Sat 13 at Cockerton Club, Darlington is the DABB's next outing, don't be caught out, it's a three o'clock start. There is an interesting looking gig at Bishop Auckland Town Hall (Fri 19, lunchtime) featuring John Settle's Vibe-ology. West Yorkshire-based Settle, in addition to being a drummer, is a first rate vibes player. Working with a small group assembled by promoter Mick Shoulder, this BATH gig could be a gem.

The ubiquitous Mr A Barnes, that's Alan Barnes, goes to church on July 18. Why not join the multi-reeds virtuoso at St James' & St Basil's Church, Newcastle? You can be in the congregation as Barnes blows up a storm working alongside the pint-sized, hard blowing Sue Ferris (baritone, tenor, flute) backed by the Paul Edis Trio. Recommended.

As the month draws to a close the quality of jazz on offer doesn't diminish, far from it. Sage Gateshead (July 23) presents a double bill comprising the 'superband' Archipelago and J Frisco supported by the equally marvellous Mark Williams Trio. Two days later (25) the Strictly Smokin' Big Band's public rehearsal night is as good as going to a fully-fledged gig. The SSBB's new base in the upstairs room of the Bridge Hotel is the perfect venue - ie small room, big band!

Three more big bands to conclude matters. On July 26 choose between the Big Chris Barber Band (Whitley Bay Playhouse) and, from Chicago, the Hypnotic Brass Ensemble (Cluny, Newcastle). Finally, if a big band can travel from Buenos Aires to play a Newcastle Jazz Co-op (28) it isn't asking too much to get along to the Globe on Railway Street to show support for Sotavento Big Band. Tango from South America, dancing encouraged. 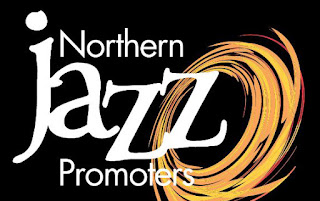