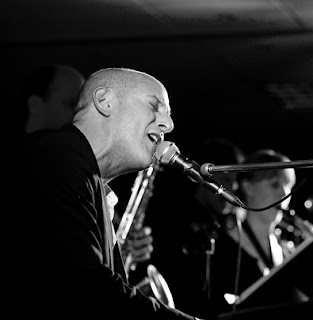 Originally launched at the Manchester Jazz Festival in 2009, Jeremy Sassoon’s tribute to the music of Ray Charles captures the imagination of Jazz, Blues and Soul audiences alike. Since then the show has gone on to headline Ronnie Scott's, The Jazz Cafe, Bluesfest at the O2, Manchester Jazz Festival, Ribble Valley Jazz & Blues Festival and most recently the 2018 Wigan International Jazz Festival.

The late, great Ray Charles produced an immense repertoire of memorable tunes spanning several decades, and singer/pianist Jeremy reflects this with a set that include Ray Charles classics (Georgia on my Mind, What I’d Say, I Gotta Woman, Hallelujah I Love Her So) and some lesser known, but equally compelling musical gems from the catalogue (The Jealous Kind, I Don’t Need No Doctor, Hardhearted Hannah)

This concert is presented by LiverpoolJazz