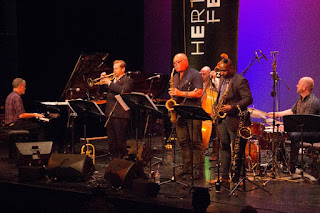 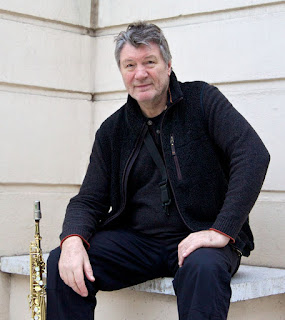 Sheffield Jazzwill be presenting four gigs in November, all at Crookes Social Club, Mulehouse Road, Sheffield S10 1TD, and all starting at 8.00 pm.

Tony Kofi and the Organisation will be playing on Friday 9 November.  "A killer band with real bite"... Mark Youll, Jazzwise magazine. The award-winning multi-instrumentalist leads his new quartet in a performance of hard-hitting jazz,blues, Latin, hard bop and post-bop including rarely performed classics by the likes of George Russell , Woody Shaw, Duke Pearson, Pepper Adams and others. They visit Sheffield as part of a tour to mark the release of their debut album “Point Blank".

On Friday 16 November we welcome Hexagonal, bringing to Sheffield music based on the joyous, pulsating township-influenced jazz of the late, great South African multi-instrumentalist and composer Bheki Mseleku. The band’s brief is simple: to expand its horizons while staying close to the spirit of Mseleku's highly tuneful approach to jazz, which now means an increasing amount of compositional input from the group's own members (John Donaldson, Jason Yarde, Greg Heath Graeme Flowers, Simon Thorpe and Tristan Banks), as well as personal re-arrangements of works by other composers who inspired Mseleku, most notably McCoy Tyner.

On Friday 23 November, Sheffield Jazz is delighted to have the opportunity to host the fabulous 20-piece Stan Sulzmann’s Neon Orchestra, comprising the cream of the younger generation of British jazz musicians alongside well-established figures. Neon Orchestra’s 70th Birthday Tour celebrates both new music and the best of British composers and it is a rare chance to see one of the most original and exciting big bands working anywhere in Europe.

The Freddie Gavita Quartet will be playing in Sheffield on Friday 30 November. Rising star Freddie Gavita won the British Jazz Award for best trumpeter of 2017 and his 2017 album Transient was aimed at the heart, not the head, with a highly evocative collection of compositions written for his quartet. The music has global appeal with scintillating grooves, heartfelt ballads and some serious swing. A high-powered line up of top players ensures a night to remember.