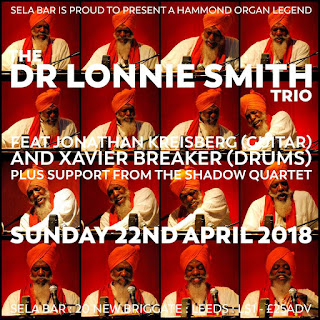 Dr. Smith became a part of the Blue Note family once again in March 2015. He released his first Blue Note album in 45 years titled Evolution which was released January 29, 2016 featuring special guests: Robert Glasper and Joe Lovano. His second Blue Note album All in My Mind was recorded live at "The Jazz Standard" in NYC (celebrating his 75th birthday with his longtime musical associates: guitarist Jonathan Kreisberg and drummer Johnathan Blake), and released January 12, 2018. He will be joined on-stage by Jonathan Kreisberg on guitar and Xavier Breaker on drums.

Support will be provided by The Shadow Quartet.

Doors will be at 7pm.