Russell Corbett's north east Jazz round up for June 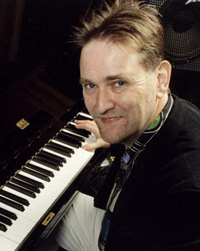 American icons – living and long gone – visit the north east during June. George Benson plays Sage Gateshead June 21. Tickets sold out months ago, so, it’s a case of checking on the night for returns. Hoochie Coochie on Pilgrim Street in Newcastle welcomes Lonnie Liston Smith (June 4) and Stephen Triffitt plays two Frankly Sinatra theatre concerts – Sunderland Empire (10) and the Empire Theatre, Consett (24) – with his big band singing the best of Ol’ Blue Eyes. Triffitt puts on a great show and those with a grasp of jazz and its influence across popular music will enjoy the trip.

The New Century Ragtime Orchestra is the project of jazz authority, arranger and band leader Dave Kerr. From ragtime to 1930s swing, Kerr unearths, transcribes and arranges a pad of tunes to be played by a hand picked ensemble. The next gig in the diary is a lunch-time engagement at St Augustine’s Parish Centre in Darlington, June 4. In the far north of the region Ken Mathieson’s Classic Jazz Orchestra is on a similar mission to document and simply enjoy the jazz of the early twentieth century. The band’s next concert is at the Maltings Theatre in Berwick upon Tweed, June 17.

Jazz and politics, and jazz and beer, as somebody probably never said: Go together like a horse and carriage. The Baghdaddies fuse jazz, Balkan, klezmer and myriad other genre in an always enjoyable performance. They are playing a set at this year’s Northumberland Miners’ Picnic (11) amidst the annual trades union festivities at Woodhorn, Ashington. In leafy Corbridge (18) its jazz and beer at the annual Tynedale Beer Festival. It’s three days of bacchanalian delight, culminating on Saturday afternoon with a set by the Tyne Valley Big Band.

Who said big bands are dead? Don’t believe it! Several ensembles gig regularly at venues across the region. The standard is exceptionally high and June’s big band outings include; Gerry Richardson’s Big Idea (2) at the Jazz Café. A Hammond-led eight piece outfit (a small big band!) Richardson’s band is as good as any, and comes highly recommended. A double bill at St Cuthbert’s Centre, Crook (17) features Durham’s Gala Big Band and the Early Bird Band. On the same evening at Dunelm House (Durham Students’ Union) the award winning Durham University Big Band will go out in style at an end of term party and Michael Lamb’s Strictly Smokin’ Big Band will play a late Sunday afternoon gig at Hoochie Coochie (19) to an anticipated full house. The Customs House Big Band (Peter Morgan, MD) will similarly play to a large gathering at Ushaw College (24).

Small group jazz can be found around every corner; Birmingham Conservatoire graduate Jakub Valicek brings his JV Quartet to the Jazz Café (3), there is a Jazz North East gig at the Bridge Hotel, Newcastle (5) which promises to be one of the year’s highlights with Raymond MacDonald and Gunther ‘Baby’ Sommer playing a duo set and Dominic J Marshall visits the Jazz Café (14) in the company of the two Sams – Sam Vicary (bass) and drummer Sam Gardner. The In/Out Trio will be at the Pink Lane venue three days later (17) and the following week (24) trumpeter Sue Richardson presents her Too Cool Chet Baker show. Tim Richards comes to Tyneside for the first time in over ten years to play the Black Swan, Newcastle (28) with his Hextet. And finally, the Jazz Café on June 10 is the place to be – the Mark Toomey-Lewis Watson Quintet will be in town.