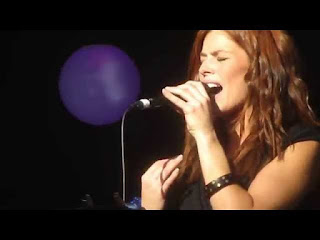 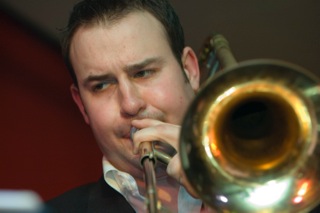 Cherie Gears, a Leeds based singer has at the tender age of 26 sung at over 1000 gigs around the UK. She has performed at The Royal Albert Hall and The NEC Birmingham among many other prestigious venues and has also been featured on The South Bank Show, two separate solo appearances on BBC’s Songs of Praise and performed at Rowan Atkinson’s birthday party with The Cherie Gears Jazz Quintet.

Cherie loves to perform in a range of genres and fuses jazz, reggae and soul to create her unique style. She is constantly writing and arranging music on her own and in a group environment. Cherie’s originals band Lazybaby released single ‘Good Girl’ in 2008 and have a large online following. Her interest is to get involved in as many musical opportunities as possible which challenge her vocal, composition and performance skills. Her most recent session work included recording the vocals for a television advert for company Mazuma MobilE.

Matthew’s Quintet, influenced by groups such as Art Blakey and the Jazz Messengers and the Cannonball Adderley Quintet, were featured as one of Jazz Yorkshire’s showcase bands 2006, with performances at Scarborough Jazz Festival, The Wardrobe and a Live Lounge session for BBC radio. The Quintet also performed at Wigan International Jazz Festival 2007.

Admission is free, and drinks are reasonably priced with a different guest beer every week. There is
ample car parking space which is overseen by CCTV.

Come and enjoy a relaxing evening of blues and jazz