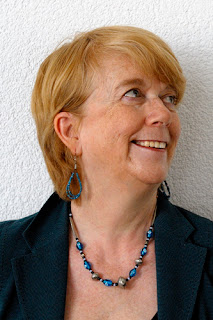 The sad news - Ros Rigby OBE, Sage Gateshead’s Performance Programme Director, who has been at the Sage Gateshead since 2004, has announced that she will be standing down from the post at the end of July.

The good news - Ros will continue to work with Sage Gateshead on a project basis on its Gateshead International Jazz Festival which she has curated from it's start in 2005.

Abigail Pogson, Sage Gateshead’s Managing Director, also announced that Tamsin Austin, currently Head of Popular and Contemporary Programme at Sage Gateshead, has been appointed as Director of Programming to head up this team from September.

Ros Rigby initially worked in arts development roles in Peterlee and Gateshead before co-founding Folkworks in 1988, which became the UK’s foremost producer, presenter and educator in folk and traditional music. Ros was awarded the OBE for this work in 1999.

When Sage Gateshead opened, Folkworks, along with Royal Northern Sinfonia, was a founding partner and became integrated into the new organisation in 2001. Ros was appointed Performance Programme Director for Sage Gateshead with responsibility for around 300 concerts a year across, folk, jazz, world, non-western classical, brass bands, rock, pop, electronic and spoken word. The programme includes well established festivals such as Gateshead International Jazz Festival and SummerTyne Americana Festival.

Alongside her role at Sage Gateshead Ros has also been heavily involved in regional and international cultural developments;  she served on the Board of Northern Arts for six years in the 1990s and is a Board member of the North East Culture Partnership and chaired the Steering group for the Case for Culture, launched in 2015. She is also a Board member of the Europe Jazz Network, whose membership includes over 100 jazz promoters from 31 countries across Europe, and was elected President of the EJN in 2014.

Apart from the jazz programme Ros will combine other freelance work and non-executive roles with being able to spend more time with her three grandchildren, and in supporting her busy family’s own cultural activities.