Gigs, gigs and more gigs at the Jazz Co-op 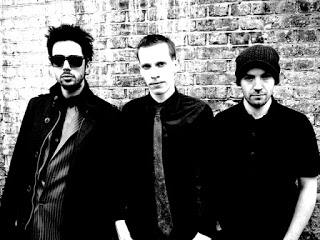 The second half of April is going to be very busy at the Globe in Newcastle and elsewhere.

The world-famous Gateshead International Jazz Festival takes place on 15-17 April. Jazz.Coop will have a stand on the concourse at Sage Gateshead, so if you are there please come and say hello. On Friday 15 April we are hosting the late night festival jam session at the Globe. This was a big success last year. The following week we have gigs at the Globe on Wednesday, Thursday, Friday, Saturday and Sunday including jazz vocals, free improvisation, west coast horns and gypsy jazz.

The month ends with two highly recommended gigs (but very different from each other). Tom McConville and David Newey on Thursday 28 April and Preston Glasgow Lowe on 30 April (which is International Jazz Day and the anniversary of Jazz.Coop buying the Globe).

KOAN 1 - openings
Friday 22 April 2016, doors open 8pm An evening of free improvisation and original compositions The first of three monthly sessions that aim to provide an outlet for the many and diverse musicians in North East England involved in free improvisation. 8pm doors open …

Swing 16
Sunday 24 April 2016, doors open 7pm The last Sunday of the month is vintage jazz night at The Globe, and this time we are recalling French jazz of 1930s-40s. Swing 16 is a new string quintet inspired by the music of Django Reinhardt, Stéphane Grappelli, and the Hot Club de France. Kay Usher (violin), Bradley Johnston (guitar), Simon Stephenson …

Leading folk musician Tom McConville comes home!
On Thursday 28 April leading folk musician Tom McConville is playing a very special gig, in the pub where he lived and first played in public over 60 years ago. Tom was born and brought up in Tyneside and for many years lived at The Globe. Indeed his latest album Back to Scotswood recalls his formative years in the family pub.

PRESTON-GLASGOW-LOWE
Saturday 30 April 2016, doors open 8pm Since acquiring The Globe, Jazz.Coop has established a diverse jazz programme featuring local, national and international musicians. We celebrate our 2nd anniversary and International Jazz Day with the outstanding trio Preston - Glasgow - Lowe, who have just released a new album, and are on a UK tour supported by the Arts Council.