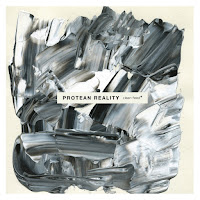 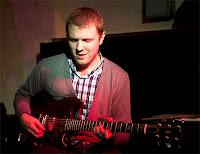 Bill Chatwin writes - "we have two offerings in February which are at different ends of the spectrum of music that we try to offer.

“Here is one more – and particularly notable – example of the most blasting jazz made today. Protean Reality is a trio using the conventional instrumentation born with hard bop and free jazz: sax, bass and drums. But there’s nothing conventional in Chris Pitsiokos, noah punkt, and Philipp Scholz’s approach. With a clear reference to the New York no wave scene of the Seventies, here jazz meets noise meets contemporary classical music. Mix Ornette Coleman, Sex Pistols and Iannis Xenakis in your mind and you’ll be close to what’s inside the package. Intensity, immediacy and forward propulsion are key words to describe this music, but there’s also lots of lyricism and abstract detail to deal with in the three long pieces of this CD".

On Friday 19th February - Stuart McCallum will be delivering one of his fine performances at the New Music/Jazz end of our wide spectrum.

The tour follows the recent release of Stuart McCallum’s new album; the beautiful ambient-electronica-jazzsoundscape City from Naim. Stuart is widely recognised for his work with the Cinematic Orchestra. His latest project, The Breath, are signed to Real World and have just recorded their first album.

N.B. For Fusebox, Stuart will be playing a solo set and a second set with Richard Spaven on drums, synths and electronics."