Ravi Coltrane at the Sage 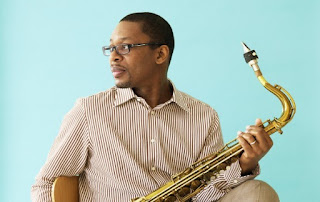 GRAMMY nominated saxophonist Ravi Coltrane, son of the legendary John Coltrane, is in concert at the Gage in Gateshead in July.

He has matured into an artist at the height of a career built on his talent, not his name. This time his band features long-time cohorts Adam Rogers on guitar, Scott Colley on bass and Nate Smith on drums. He guides this new Quartet with his signature seriousness of purpose, fire, and profundity, led by his distinctive sound on his saxophone.

“The ethereal quality of his tone renders even his most intense, intricate passage work immensely attractive and…the sheer luster of his sound and nimbleness of his technique play gently on the ear” Chicago Tribune

“Ravi Coltrane’s affiliation with Blue Note Records, home to his Spirit Fiction album, can only train more of the spotlight on the saxophonist whose continually maturing playing acknowledges, yet sidesteps, the overwhelming influence of his iconic father, John.” The New Yorker