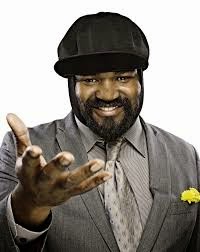 A disarmingly sincere performer, with a groove that never quits, a voice of incredible virtuosity and a seemingly universal appeal as a songwriter, Porter’s lyrics often speak as dreams do, in the languages of image and emotion, to communicate thoroughly though not always directly. His objective as a songwriter, he says, is “to create a sincere message about my feelings on love, culture, family and our human joys and pain.”

Some critics are inspired to comment on Porter as a new “king’ of jazz,” and a “leader of the pack,” a performer of extraordinary presence who has been compared with the greatest of the greats, such as Joe Williams, Nat Cole, Donny Hathaway, and Marvin Gaye. As musically solid as his recordings are and as powerful and honest as Porter’s magnificent voice is, it may just well be the brilliance of his poetry and the unguarded depth of his emotional delivery that is most fueling his rapid rise to fame.