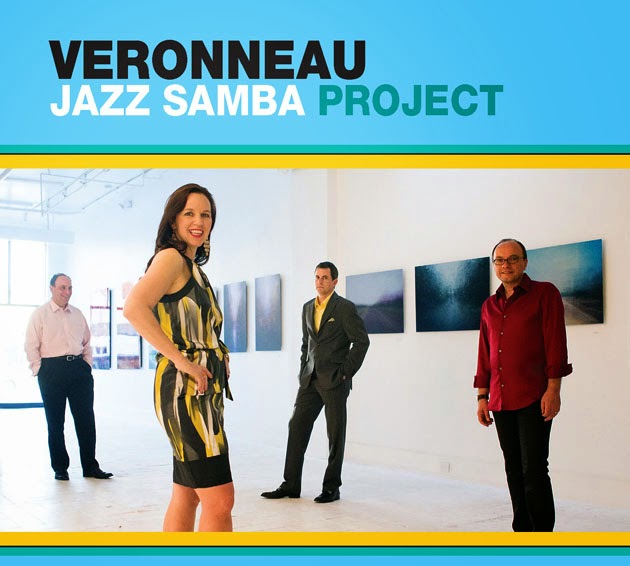 Formed in Washington DC in 2010, Veronneau have performed their unique blend of bossa nova, latin jazz and swing to concert halls, jazz club and festivals across the USA and Europe. Their two albums, Joie de Vivre and Jazz Samba Project, have topped jazz radio charts and most recently, they received a coveted NEA Award to curate a festival and produce a film celebrating the music of Brazil and its influence on Jazz. French-Canadian singer Lynn Veronneau leads the band through tunes in English, French and Portuguese accompanied by guitarist Ken Avis (a Cordoba Guitars artist).

Kim Macari from Apollo Jazz Network writes
"I'm absolutely delighted to be able to bring Veronneau to the UK this July. The band have such a passion for the music they make and I have a lot of respect for them as musicians for immersing themselves in the history of the music, the seminal recordings and managing to be true to music which has a rich history as well as be creative with it. To me, Lynn and Ken embody so much of what Apollo Jazz Network is about - their openness to collaborate with UK musicians, their generosity of knowledge and their support for the sense of global community we believe in. Each of their gigs will feature special UK guests and have sets of music to showcase them. Plus, we're lucky to be able to host the UK premiere of their film, Bossa Nova: The Music That Seduced The World, which focuses on Stan Getz's 1962 album, Jazz Samba"
www.apollojazznetwork.org