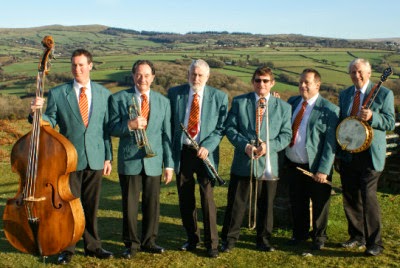 7th June 2014 – Chris Walker/Roger Marks Pedigree Jazz Band – a wonderful evening’s entertainment last year and probably the most professional and interesting presentation ever from the stage in Boston Spa. Formed with the specific intention of being a tribute to the popular tunes of the “British Trad Jazz Era”, the band is led by Chris on reeds and Roger on trombone and features other members of Roger’s legendary West Country “Armada Jazz Band”. One not to miss.

14th June 2014– Hot Fingers with Emily Campbell – the fingers in question belong to the inimitable “Spats” Langham. The music is described as “vintage acoustic string music” – the red hot jazz of 1920s New York and sophisticated 1930s swing to which is added the “French Coffee House sound”. Following requests, they are joined on this occasion by the classically trained Emily Campbell who adds a further touch of class with her vocals drawing inspiration from such as Peggy Lee and Ella Fitzgerald.