It's Cooler in the Sela! 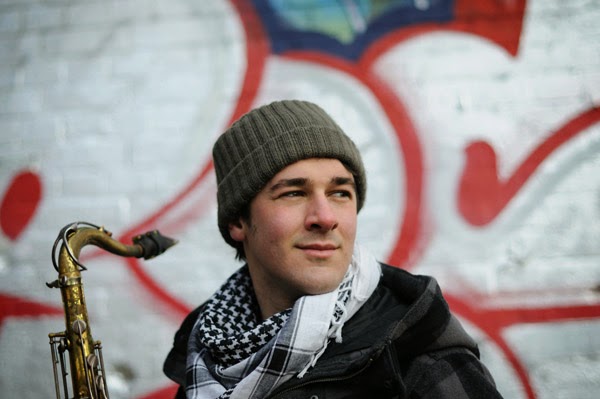 Matt Anderson writes - after January's epic gig from Will Howard's Double-Drummer Quintet, The Cooler is back on February 16th with the Alex Merritt / Sam Leak Quartet, two London-based bandleaders who will blow you away with their standards-based but modernist approach.

We also have LCoM graduate Sam Watts making a homecoming on the 16th March with his band, having recently finished the Royal Academy of Music jazz masters programme in London. All in all, it's going to be a great couple of months!

The Cooler welcomes back rising stars Sam Leak (piano) and Alex Merritt (tenor saxophone) who will be making the trip up from London for an engaging set of jazz standards and original compositions/reharmonisations, with a highly developed harmonic and rhythmic concept particularly informed by jazz great Warne Marsh. We'll also have support from LCoM students Moysey's Noisy Sextet, led by Ozzy Moysey.

Alex Merritt is a tenor saxophonist and composer based in London and Cambridge. Drawing on classical composers and the contemporary European scene as much as the modern jazz greats, he cites influences as diverse as Messiaen, Debussy and Benoit Delbecq as well as Warne Marsh, Jimmy Giuffre and Sonny Rollins.

Sam Leak is a pianist and composer described by broadcaster Helen Mayhew as “one of the brightest young stars in the Jazz piano galaxy, a heavenly improviser and a brilliant prospect for the future.” He has performed with his own projects at a host of UK venues notably including Ronnie Scotts, Pizza Express Dean Street and The Vortex, and his latest album 'Places' was released last year.

“Alex has something special and original - an intriguing harmonic ear and an intrepid rhythmic flare.” Mike Gibbs

"The Royal Academy of Music's jazz programme has produced a remarkable crop of newcomers in recent times: notably Gwilym Simcock and Kit Downes. Now comes Sam Leak, an artist of comparable promise... Leak is a subtle storyteller who keeps the grooves and colours changing." John Fordham, The Guardian.

Graduate of Leeds College of Music Sam Watts has been busy completing his Masters degree at the Royal Academy of Music in London, and we welcome him back to Sela for a gig showcasing his diverse musical talents, with influences of jazz to tango, Brazilian music, classical music and ragtime, with a big cinematic influence as well.

Plus support from tenor saxophonist Andy French and his quintet - more on this soon!
Gigs start at 10pm, support acts at 8:30pm.