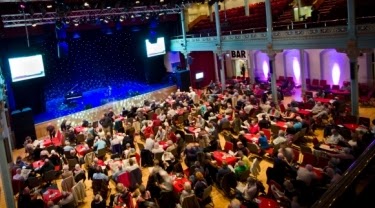 'A Classy Jazz three-dayer'  The Guardian. @Scarborough Spa between 26-28 September

Violin virtuoso Nigel Kennedy will headline this year’s Scarborough Jazz Festival when he performs alongside guitarist John Etheridge and their band.

The exciting pairing of the world’s leading and best-selling violinist of all time alongside one of jazz’s most accomplished guitarists is set to make this year’s festival one of the country’s most talked about Jazz Festivals.

The duo are just one of fifteen acts that have been announced to play the three day festival at Scarborough Spa between 26-28 September which as always features a great blend of experienced and upcoming talent.

Early bird Weekend Tickets go on sale at 10am on Friday 31st January priced at £77!